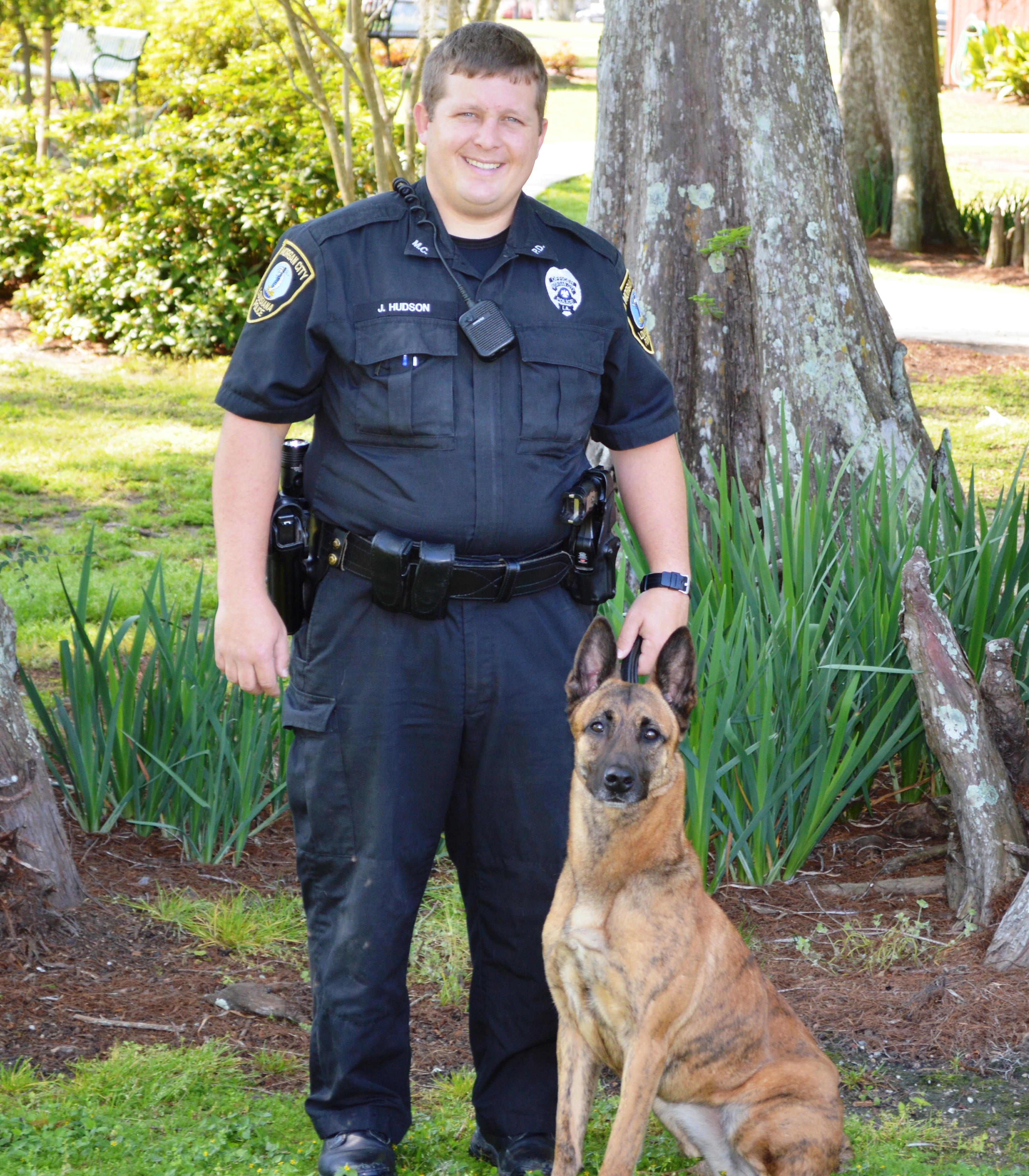 The Morgan City Police Department has welcomed a new police service dog into its ranks.  The new police canine “Lady” was entered into service on November 01, 2013 and was paired with her partner, Officer Josh Hudson. “Lady” is an 18 month old, Belgian Malinois/Dutch Shepard imported from Europe for training as a police service dog.   Officer Josh Hudson has served as a police officer with the Morgan City Police Department for two years prior to be chosen from several officers for the position of Canine Officer.  Officer Hudson and “Lady” received several weeks of training at “K-9 Concepts” in Broussard, Louisiana.  “Lady” is a narcotics detection dog trained in the detection of cocaine, marijuana, methamphetamine and heroin.  Officer Hudson and “Lady” received national certification with the “National Police Canine Association” which mandates and requires that teams meet the standards for service.  A police detection canine is a valuable asset to law enforcement both as an investigative tool but can also be a deterent.  Morgan City Police Department hopes that “Lady” will provide service to the Morgan City Police Department in it’s effort, through utilization in the area schools and community for many years. 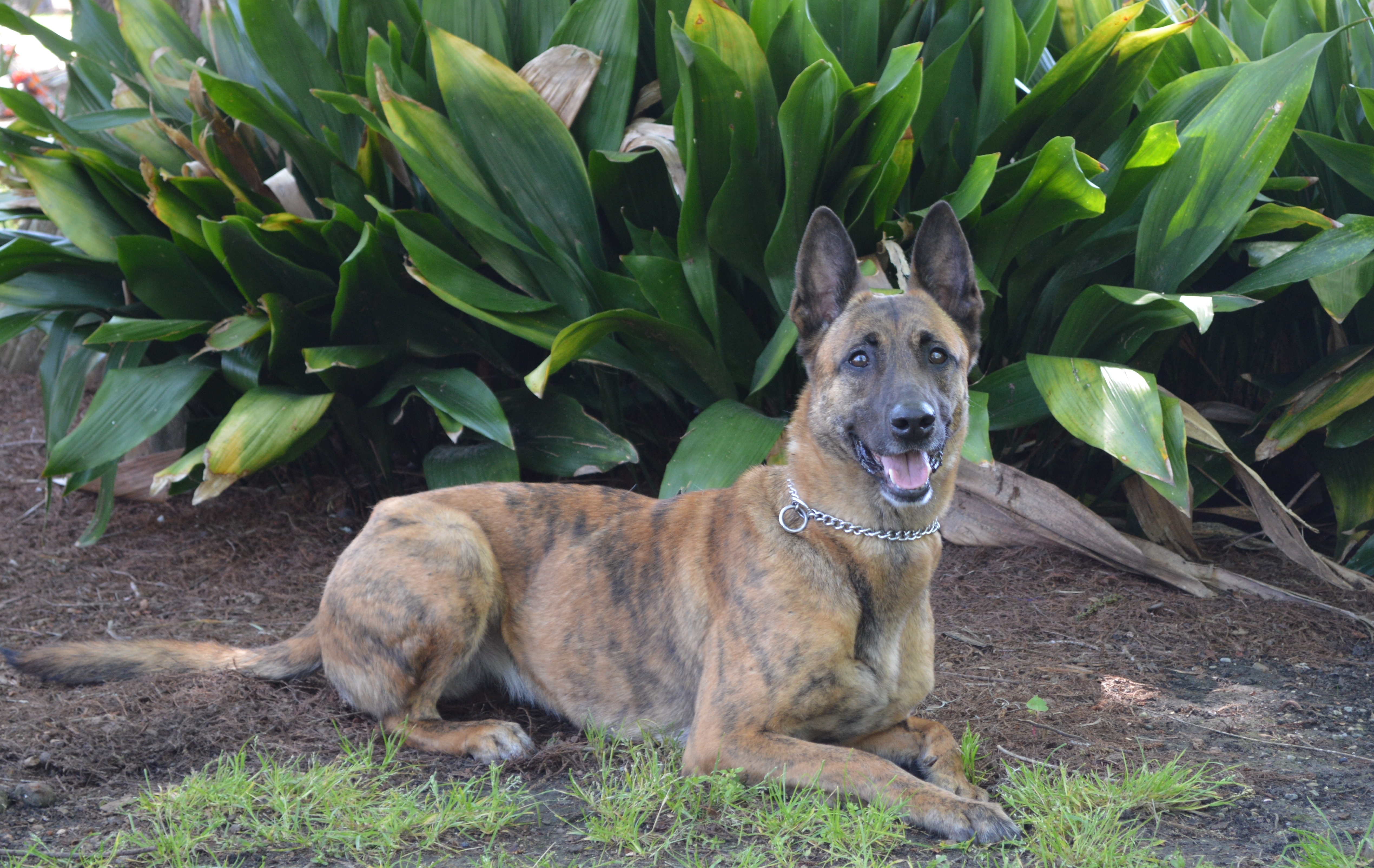 Mission Statement
The Morgan City Police Department utilizes police canines, which have been specially trained in crime scene search, suspect apprehension, and detection of narcotics.  Utilization of canines provides a higher level of police response, and helps to reduce crime in our city, and additionally reduces danger for our citizens and police employees.