ARMED ROBBERY
WITH A FIREARM 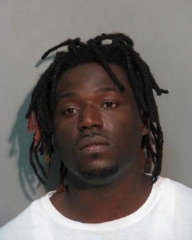 Detectives of the Morgan City Police Department have issued an arrest warrant for Irving Ryan Clark, last known address-917 Railroad Ave. in Morgan City, Louisiana.  Clark was identified as a suspect in an armed robbery investigation which was reported on 04/06/2016 in the Brownell Homes area.  Irving Clark was accused of robbing the victim while armed with a handgun.  If you have any information regarding the whereabouts of Irving R. Clark, please contact the Morgan City Police Department @ (985)380-4605,  911, or your local law enforcement agency.