Chief James F. Blair reports that over the last 24-hour period the Morgan City Police Department responded to 53 calls for service. The following person(s) were arrested as a result beginning on 01/02/2019: 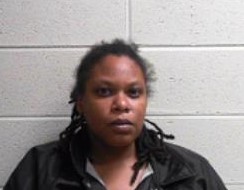 On January 2, 2019, the Morgan City Police Department Detective Division received information from a medical facility in New Orleans of a four-year-old child being treated for an injury. Investigators arrived and were informed by staff that the child was in the care of her step-mother, Eliza Williams. Through the course of the investigation, Williams was developed as a suspect and a warrant was filed for her arrest. Williams agreed to speak with investigators at the Morgan City Police Department where she was placed under arrest on the warrant. According to reports, Williams did admit to striking the child. Williams was booked and incarcerated. The child remains hospitalized in serious condition.