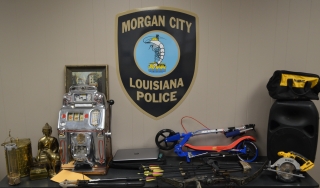 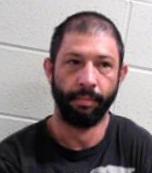 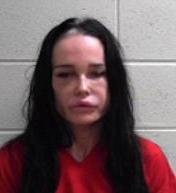 A Morgan City Police Department Police Officer on patrol conducted a traffic stop in the area of LA 70 and Lakewood Dr. for a stop sign violation. The driver was identified as Christopher William Mann along with a passenger, Kasy Michelle Paige Delapasse. A computer check revealed Christopher Mann driver's license was expired and had a current restraining order filed against him. During the traffic investigation, the officer observed items in the vehicle belonging to a victim of a recent burglary. Officers found suspected methamphetamine, burglary tools, and drug paraphernalia in Mann and Delapasse possession. Officers learned Mann and Delapasse were currently staying in a motel on HWY 182. Detectives with the Morgan City Police Department obtained a search warrant for the motel room and numerous stolen times items were recovered from the motel room. Mann and Delapasse were placed under arrest and transported to the Morgan City Police Department for booking and incarceration.
The Investigation is still ongoing at this time and more charges are pending. Investigators have learned the suspect(s) have recently been attempting to sell suspected stolen items on various social media sites. Anyone with information regarding this investigation is urged to contact Morgan City Detective Division at (985)380-4605