Ethan M. Mensman was located at St. Mary L.E.C. and placed under arrest on an active warrant held by City Court of Morgan City. He was transported to Morgan City Police Department for booking and incarceration.
Chad Michael Travis, 47 years of age, Address-Nicholas Rd., Boyce, La., was arrested on 5/9/2019 @ 4:37 A.M. 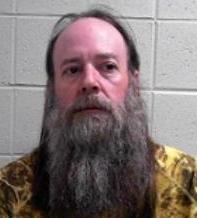 An officer conducted a traffic stop on HWY 182 for a traffic violation and identified the driver as Chad Michael Travis. During the traffic investigation, it was found Chad Travis was in possession of suspected Methamphetamine, Buprenorphine/ Naloxone, and Oxycodone. He was placed under arrest and transported to the Morgan City Police Department for booking and incarceration.