Chief James F. Blair reports that over the last 24-hour period the Morgan City Police Department responded to 37 calls of service. The following person(s) were arrested as the result beginning on 08/1/2019: 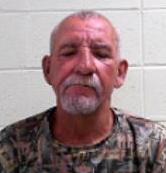 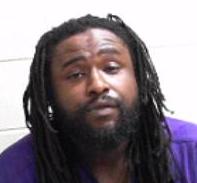 Officers were called to a Belanger St. residence in reference to a Disturbance. Upon Officers arrival, they were met by the victim and Keithen Humphery as they arrived on the scene. Officers learned from the victim she and Keithen K. Humphrey were in a dating relationship. The victim told officers earlier she was in the Brownell Homes area when Humphrey took her vehicle without her permission. She advised while attempting to call for help, Humphrey pulled up to her and threatened her with bodily harm to get in the vehicle with him. She advised Humphrey drove her to the Belanger St. residence. The victim state while inside the residence he threatened her with a knife.
During the investigation, a warrant check revealed the Morgan City Police Department held a warrant for his arrest for Domestic Abuse Battery by Strangulation. The warrant stems from a July 21, 2019 incident with the same victim. He was placed under arrest and transported to the Morgan City Police Department for booking and incarceration.