Chief James F. Blair reports that over the last 24-hour period the Morgan City Police Department responded to 55 calls of service. The following person(s) were arrested as the result beginning on 10/1/2019: 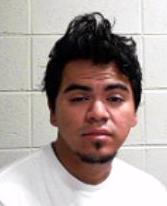 An officer observed a vehicle commit several traffic violations in the area of Highway 182 and Seventh St. A traffic stop was conducted and the driver was identified as Ricardo Zermeno. During the traffic stop, the officer suspected driver impairment. A Standardized Field Sobriety was conducted and Zermeno did poorly on the test. He was placed under arrest and transported to a medical facility and a blood sample was obtained. The blood sample is pending testing at Louisiana State Police Crime Lab. He was transported to the Morgan City Police Department for booking and incarceration.