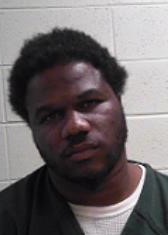 An officer on patrol observed a traffic violation in the area of Brashear Ave. and Sixth St. A traffic stop was conducted and the driver was identified as John Thibodeaux. During the traffic stop, Thibodeaux was found to be in possession of suspected methamphetamine, cocaine, drug paraphernalia, and a legend drug without a prescription. He was placed under arrest and transported to the Morgan City Police Department for booking and incarceration.