Chief James F. Blair reports that over the last 24-hour period the Morgan City Police Department responded to 44 calls of service. The following person(s) were arrested as the result beginning on 11/20/2019:

While officers were conducting their investigation they came into contact with Passion Harris and Nicole L Clark in Shannon Homes within federal housing authority property. It was learned Harris and Clark and been previously barred the property. Harris and Clark were placed under arrest. Theodore Francis, Nicole Clark, and Passion Harris were transported to the Morgan City Police Department for booking and incarceration.
Chelsea Cook, 32 years of age, Address-Coushatta Drive, Charenton, La., was arrested on 11/20/2019 @ 7:00 P.M.

Chelsea Cook was transported to the Morgan City Police Department for a warrant held by City Court of Morgan City. She was booked and incarcerated. 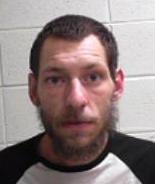 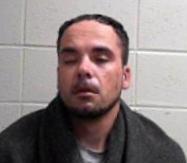 Officers on patrol observed a traffic violation in the area of Highway 182. A traffic stop was conducted and the driver was identified as Charles Berger along with a passenger, Zackery Johnson. During the traffic stop, officers observed Zackery Johnson was attempting to ingest several items. Officers suspected Johnson was attempted to conceal illegal narcotics from the officer. When the officers attempted to retrieve the items, Johnson resisted the officers. Officers were able to retrieve the items and place Johnson under arrest. Officers identified the items as suspected methamphetamine and Xanax concealed in plastic bags.