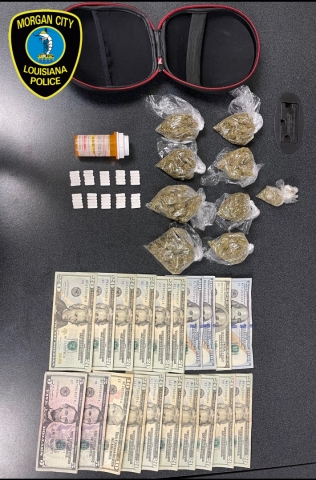 Investigators with the Morgan City Police Department Narcotics Division initiated a traffic stop on a vehicle for failing to signal in the area of Federal Avenue. Jerry Charles Jr. was identified as the operator of the vehicle. Investigators detected an odor of Marijuana emitting from the vehicle. While attempting to conduct a search Charles became irate and began to resist officers, striking an officer during the confrontation. After a brief struggle Charles was handcuffed and detained. Charles was found to be in possession of suspected Marijuana and Alprazolam. It is believed that the illegal narcotics were destined to be sold. Charles was also found to be in possession of a large amount of US Currency that is believed to be derived from illicit drug sales. Charles was arrested and transported to the Morgan City Jail where he was booked and incarcerated.