Chief James F. Blair reports that over the last 24-hour period the Morgan City Police Department responded to 36 calls of service. The following person(s) were arrested as the result beginning on 10/8/2019: 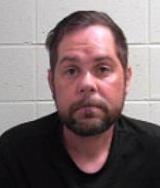 The Morgan City Police Department responded to a call of a reckless driver on LA Highway 70 near Fig St. An officer located the vehicle and observed the vehicle make an illegal U-Turn on LA Highway 70. A traffic stop was conducted and the driver was identified as John Michael Strausbaugh. During the traffic stop, the officer suspected driver impairment. Strausbaugh refused all tests and was placed under arrest. A search warrant was obtained for a blood sample. He was transported to a local medical facility were a blood same was obtained. The result of the test is pending testing at the Louisiana State Police Crime Lab. Strausbaugh was transported to the Morgan City Police Department for booking and incarceration.