Chief James F. Blair reports that over the last 24-hour period the Morgan City Police Department responded to 36 calls of service. The following person(s) were arrested as the result beginning on 3/16/2020:
Alexandria Rochelle Walker, 30 years of age, Address-Adams St., Morgan City, La., was arrested on 3/16/2020 at 12:41 P.M. 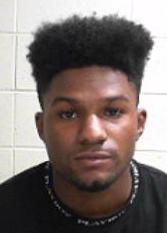 Charge: Discharge of a Firearm in the City Limits

Officers were called the area near David Drive under the U.S. about serval gunshots in being fired. An officer arrived in the area and located Travon M. Landry. He was located in the possession of a handgun. Landry admitted to firing several rounds from his handgun into a large dirt pile located under the U.S. 90 overpass. He was placed under arrest and transported to the Morgan City Police Department. 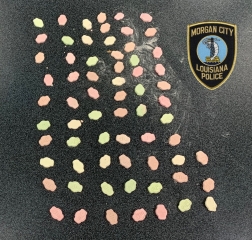 An officer on patrol observed a traffic violation in the area of Victor II Blvd. and Myrtle St. A traffic stop was conducted, and the driver was identified as Shane K. Scott. During the traffic stop, the officers observed an open alcoholic beverage and suspected marijuana in the vehicle. A computer check revealed his driver's license was under suspension. Scott was placed under arrest. During the arrest, officers located 67 pills of suspected MDMA (Ecstasy) on his person. He was transported to the Morgan City Police Department for booking and incarceration.