Chief James F. Blair reports that over the last 24-hour period the Morgan City Police Department responded to 35 calls of service. The following person(s) were arrested as the result beginning on 3/17/2020: 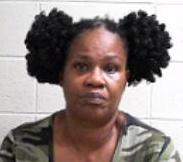 Officers were called to a disturbance on Willow St. Upon officer's arrival, they identified Taylor M. Richard as the person causing the disturbance. He was placed under arrest and transported to the Morgan City Police Department for booking and incarceration.