Chief James F. Blair reports that over the last 24-hour period the Morgan City Police Department responded to 39 calls of service. The following person(s) were arrested as the result beginning on 5/7/2020
Neil Reynolds, 39 years of age, Address-Tower Tank Rd., Morgan City, LA., was arrested on 5/6/2020 at 5:50 P.M.

Charge: Disturbing the Peace Intoxicated
Resisting an Officer
Battery on an Officer

Officers were called to the area of Tupelo St. and Levee Rd. about an intoxicated individual causing a disturbance. Upon officer's arrival, they came into contact with Neil Reynolds. When officers went to place Reynold under arrest, he struck the officer and fled on foot. Officers were able to take Reynolds into custody. He was placed under arrest and transported to the Morgan City Police Department for booking and incarceration.

Officers were called to the area of Wren St. for a domestic disturbance. Upon officer's arrival, they leaned Jasmine Roberson had committed a battery on his domestic partner by choking the victim. While officers were placing Roberson under arrest, they located suspected marijuana in his possession. He was transported to the Morgan City Police Department for booking and incarceration. 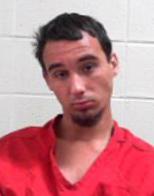 Officers were called to a Franklin St. residence for a theft complaint. Upon Officers arrival, they learned from the victim their bicycle was just stolen from their residence. The incident was captured on their home security surveillance system.  Officers reviewing the surveillance footage were able to identify the suspect as Daniel Elliot. Officers located Elliot in the area of Franklin and Maple St. riding the stolen bicycle. While officers were speaking to Elliot he admitted to entering the homeowner's property and stealing the bicycle. During the arrest, officers discovered Elliot had other suspected stolen property in his possession. The officer was able to locate the owner of the property and verify the items had just been stolen from their residence. Elliot was additionally charged and booked into the Morgan City Police Department.